Miley has graced us with her new M/V Hurray! And it’s not what you’d expect (spoiler: no foam fingers or twerk teams) It’s a stark transition from her previous “Wrecking Ball” and “We Can’t Stop” Check out the more melo Miley as she does an about face and new look in “Malibu”.

Mega K-Pop idol PSY released his new Album on Wednesday, May 10 followed by two new M/Vs “Luv It” and “New Face”. Sticking to his signature quricky and outrageous shinanigans. In “New Face” Naeun of Apink, plays Pys’s love interest as he tries, by playing different roles, to win her love. The album and M/Vs are filled with collabs of well-known stars including, Lee Byung Hun (Terminator), Singer Pikotaro of “PPAP” (Pen-Pinapple-Apple-Pen), BigBang’s Taeyang and G-dragon, and IU(아이유). Typical of Psy’s albums is a signature dance-pop feel with encorparated EDM. He’s also worked with well known Korean producers JY Park and Zico.

Check out “Luv It” below ft Lee Byung Hun and Pikotaro, all of which show off their most effortless dance moves. 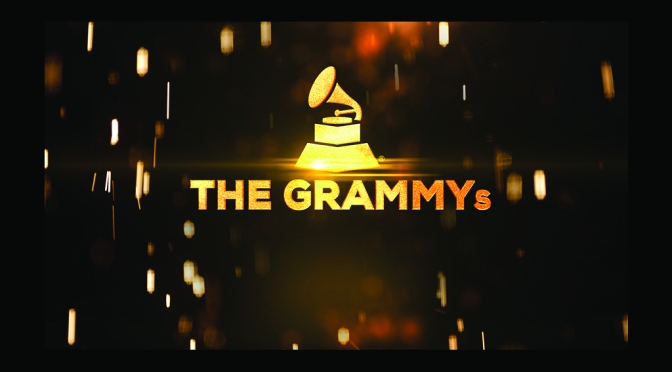 New York welcomes the Grammys for the first time since 2003 hosting the Grammys at none other than Madison Square Garden on Jan 28, 2018. Next year will be the 60th anniversary of the award show. It’s no surprise considering New York is a major music city that artists from all walks of life come to live their dreams and make it big. Spike Lee, Q-Tip, and Grandmaster Flash in conjunction with the ceremony have released a video to make the announcement.

“Playing host to the music industry’s marquee awards show is a unique creative, artistic and economic boon to the rich cultural fabric of our city, we welcome the Grammy Awards back to New York City with open arms and we look forward to continuing to partner with music a industry that supports access and empowerment in the arts.”

When it works it works. If the video leaves you happy but confused, it’s ok you’re not alone. The duo, KYLE, and Lil Yachty are seen as toddlers (CGI) playing in a sandbox while innocently or not so innocently playing at make believe while bikini-clad women prance and lounge around the beach.  In his interview with FADER, KYLE explains his ideas behind the music video stating, “This song is fun. The video needs to be twice as fun.” Check it out.

I’ve had “Fxxk It” on repeat for weeks now. BigBang is really something special!

Their entire MADE album is filled with fun, easy going pop songs that’s enjoyable the whole way through.

If that opening didn’t hook you then just keep listening. Mura Musa is what 2017 will sound like.

We had a connection, oh-woah
But I’m not the type of girl, oh you
You are an exception, oh yeah
Yeah, you blew my mind, I wanna rewind

When first introduced to JP Cooper, singer/songwriter, it was love at first listen with ” The Only reason”. Hearing his vocal runs beautifully accompanied on his guitar led to an instant follow. With September song he definitely doesn’t disappoint. Catch him on tour and ride the Cooper train to September.

Music. Art. Entertainment Around The World